Smarter than the average insurgent rebel? 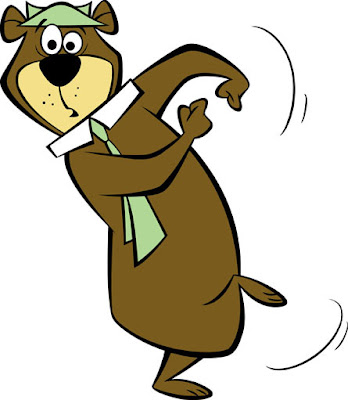 Hey, there, it's not the Aztlan Movement or the Liberation Tigers of Tamil Eelam, but Yogi Bear!

The bears were at Jellystone National Park first, okay? They were there before and they will be there after Ranger Smith and his gringo occupiers vacate the land that used to belong to the bears, man!

Yogi, you keep up the good fight, scaring campers, stealing picnic baskets, and causing all sorts of mayhem for Ranger Smith until those vatos finally stop exploiting the land that is not theirs and return the park to Yogi, Boo Boo, and his ilk (or, in this case, is it elk?).

Power to the Peebles! (ie. Magilla Gorilla)
Posted by Greenblatt the Great! at 7:13 AM