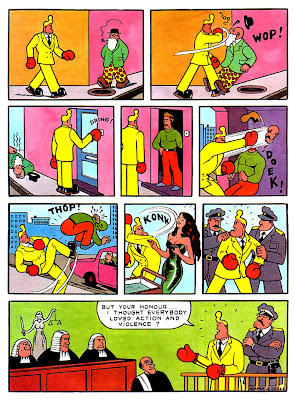 I'm always in the mood for my favorite gag cartoon, from the Belgian duo of Kamagurka and Herr Seele. Some guy posted these, from KING OF MENTAL FLOSS (a Fantagraphics collection which actually contains the weakest Cowboy Henk cartoons I've ever read, the best being the ones I read in the Parisian anthologyh PSIKOPAT and in those old RAW anthologies). Nevertheless, Henk is Henk and even at its weakest, it's funnier than most! 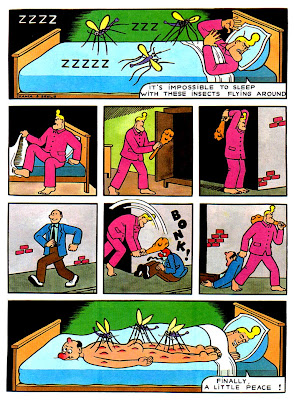 I don't even know for sure if Kamagurka and Seele still pump these humor comics out. I've seen European digest editions that I would kill to have - I think they're from the '90s - but I have no idea how to get them. (They're probably in Dutch anyway.) 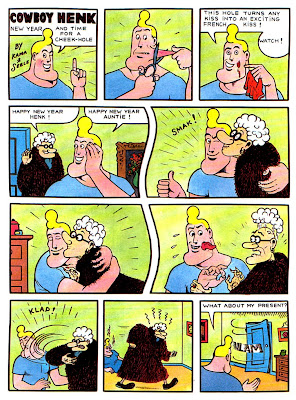