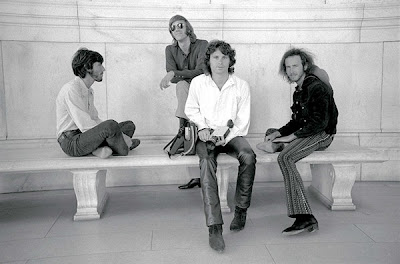 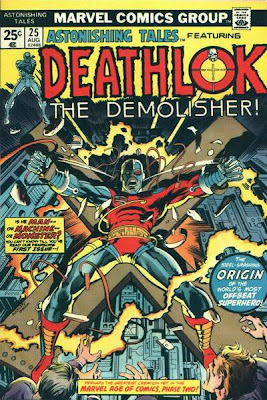 In my conversation with RICH BUCKLER, artist and creator of DEATHLOK THE DEMOLISHER, which ran in ASTONISHING TALES in the early '70s, for BACK ISSUE magazine #25 (Nov. 2007), we discussed at length the connections between this series and the seminal kings of dark pop, THE DOORS.

It was an amazing conversation. Buckler was at his best, articulating his influences on the feature, which comes from all kinds of sources. (I consider this interview one of my crowning achievements for the magazine, by the way, if you haven't read it.)

DEATHLOK THE DEMOLISHER is awash with references to the legendary L.A. group, down to some story titles swiped from song titles, including "Break on Through" and "Five to One." Keep in mind that when those ASTONISHING TALES comics came out, it was the early 1970s, about two years after Doors front man Jim Morrison passed away. 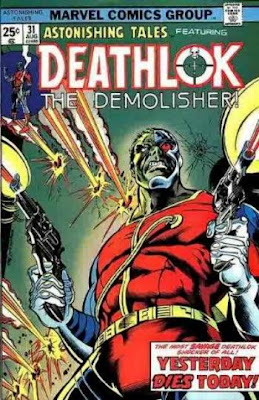 That's the wondrous thing about art of any stripe. You can be influenced from sources that might not be the obvious for a futureshock title such as DEATHLOK THE DEMOLISHER, which was stuffed with ideas and filled with a depth and a vision that was well ahead of its time (and ahead of the year 1990, when this tale takes place). 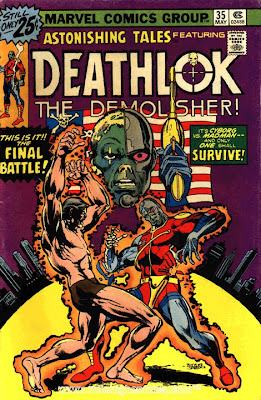 In turn, Buckler's cyborg storyline (all 11 issues, co-written with the great writer DOUG MOENCH), in which the title character revisits his past and grapples to retrieve his humanity, clearly provided a blueprint for one of the best sci-fi movies of all time (IMO): 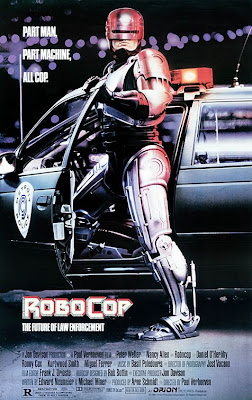 (Not to be confused with the two piss poor sequels, TV show, and lame comics this 1987 movie in turn inspired).

Inspiration is a wonderful thing, especially when it informs something indirectly and not so on the nose. It would've been too on the nose if Buckler had also done some cosmic comics based on The Doors themselves back then (remember those KISS comics?). Then again, it probably would've been pretty damn sweet!
Posted by Greenblatt the Great! at 9:03 AM

Love Rich Buckler! nice write up about Deathlock/Doors. I loved Bucker's massive style. he was a dynamite replacement artist on F.Four back in the day after Kirby left (as was Buscema) . And love Lulu artist Stanley. I was always fascinated by his art/storytelling. very odd, different-- loved the neighborhoods and little town he created for Lulu and Tubby. I used to by the 'digest' sized Lulu books that reprinted all those great tales. I read them while i was reading all the great Marvel work. Two extremelty different comicbook experiences. Deano.

As an artist, Buckler's often been accused of swiping. But his DEATHLOK THE DEMOLISHER series was an original. So unlike anything else that Marvel was putting out (or had put out until that point). A very bleak, downbeat futureshock tale with slivers of hope and humanity. It was very effective and it's too bad that, as I understood it, Buckler's ego got the best of him and he quit the book. It was quite an impressive feat, and probably my favorite of anything that Buckler has done, even though I overall enjoy his art on almost anything.