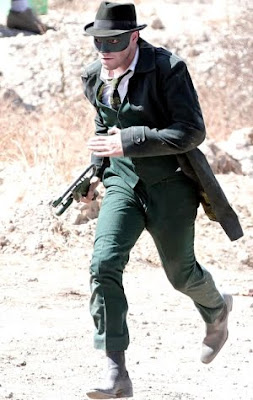 If releasing that GREEN HORNET movie (starring Seth Rogen) on Christmas this year would've looked like deja vu, recall that on Christmas 2008, another comic book-based movie about an urban superhero in a mask: Frank Miller's take on THE SPIRIT (ugh!), wnich came and went faster than you could say, "Hey, Denny Colt! I like your red tie!" 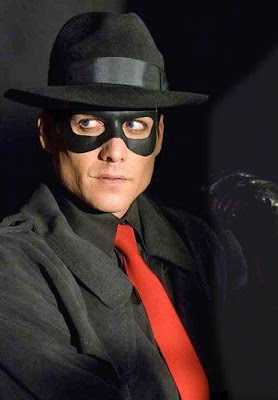 So it seemed like a disaster waiting to happen to unleash GREEN HORNET during the warm and fuzzy, family-minded X-Mas season. That same month of Dec. 2008 was not kind to PUNISHER WAR JOURNAL either. The Punisher is a Marvel superhero who is basically a rage-filled vigilante with a machine gun. That's probably more of a Valentine's Day movie (as in the St. Valentine's Day Massacre...)

Well, yesterday, word came in that, reportedly, some very bad buzz now has Sony moving GREEN HORNET to mid-January (the studio claims that it's to allow for a 3-D conversion -- all the rage in 2010!) although I doubt the move will do much for what seems like a doomed enterprise. Who knows what can save a HORNET movie as seemingly miscast as this one? (The Shadow knows????). 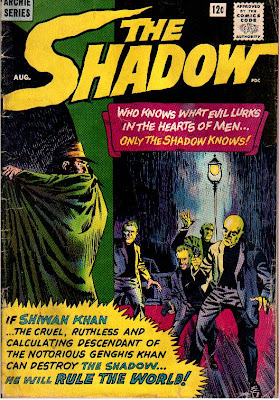 But don't be surprised to see Hollywood executives making such boneheaded decisions as remaking THE SPIRIT and calling it THE GREEN HORNET! Why, just last week, a much-hyped, controversial R-rated adaptation of a post-modern graphic novel, featuring a group of superheroes, hit screens and underperformed at the box office. Evidently, the movie was abandoned beyond the hardcore fanboys who went out the first night....despite the fact that it was selling hundreds of thousands of the graphic novel in the weeks leading up to the film's release, with the movie version's advertising spreading the bold yellow-and- black logo all over the nation! No, NOT the WATCHMEN movie......that was LAST spring! I'm talking about KICK-ASS!

So as you can see, Hollywood history (even recent history) tends to repeat itself.

If there's one thing to learn from this, it's that Hollywood never learns!
Posted by Greenblatt the Great! at 6:08 AM