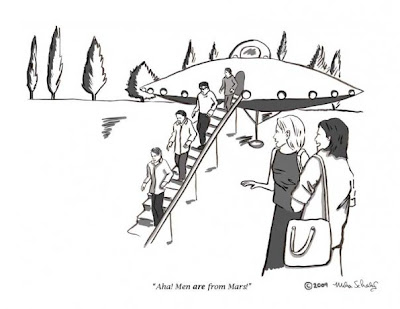 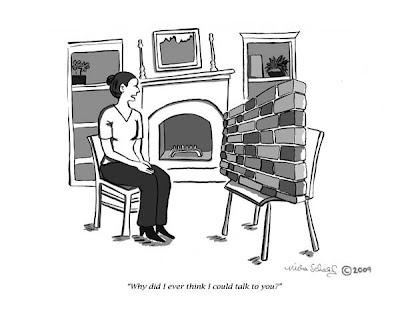 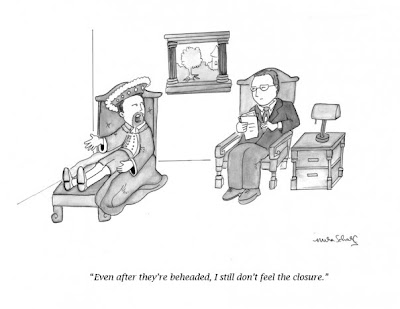 Here's a hot one! In my upcoming CARTOON FLOPHOUSE comic book, I have a batch of gag cartoons on the horrors of the dating scene that I created shortly after breaking up years ago with a formidable girlfriend. They're called "The Other Fish in the Sea," and they were originally published in the Jewish Journal of Greater Los Angeles in the late '90s.

Well, that same ex-girlfriend (also a cartoonist) recently posted a Facebook page devoted to HER gag cartoons of the horrors of the dating scene. Ha, ha! Two can play at that game!

The difference between our approaches are glaring: her cartoons are refined, sophisticated, and they're hip and contemporary, with references to hip stuff such as Facebook and blogging, while my cartoons are crude, aimed at the philistine contingent, and they were created before Facebook and blogging were twinkles in their papas' eyes! (Hey, opposites attracted, OK?)

I can't tell if any of her cartoons are directly aimed at me (although the guy on the cover of her album may have my boyish good looks.....but you'd have to ask her!), and I don't think mine were specifically aimed at her either----more like my riffs on romantic disappointment in general from a bunch of inspirations....

.......In fact, there's never any shortage of inspiration! Look no further than Larry King's marriages, ripped from today's headlines!

These here are some of my "Other Fish in the Sea" toons (and no, they do not feature Aquaman or Old Ironhead!): 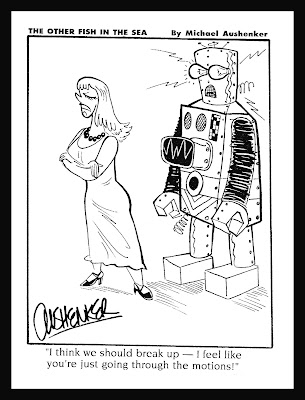 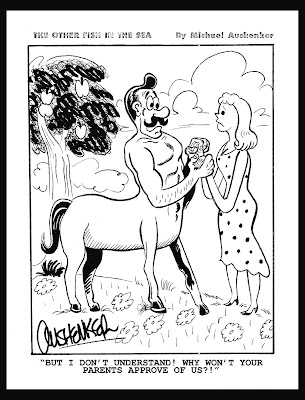 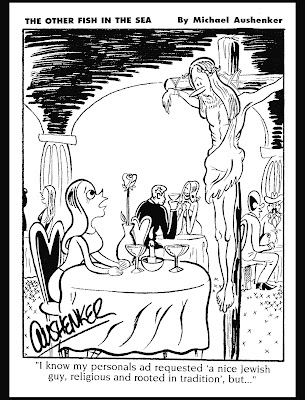 Posted by Greenblatt the Great! at 4:32 AM