The following below is a sad entry from an interview with old-school inker JOE GIELLA in which he looks back on JUSTICE LEAGUE and T.H.U.N.D.E.R. AGENTS artist MIKE SEKOWSKY (whom he inked on JLA). 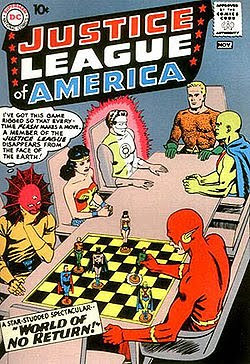 I don't know what to say other than this description makes Sekowsky sound like Jackson Pollock.

GIELLA: Mike Sekowsky had a very bad temper. Anyone that crossed him had better look out. He drank. He had a great style and knew how to dress characters in up to date fashions. We called him "The Speed Merchant." Mike could pencil 5 to 7, even 10 pages a day. He couldn't ink, but he could pencil very, very fast. He was good and was a credit to the company. He was the go-to guy, but began to deteriorate later.

GIELLA: One day he completed a story and I was asked to ink it, but it was very bad and I couldn't ink it. I was asked to re-pencil it and I did so gladly, because Mike really saved me once on a job and wouldn't accept a dime for his help. Wouldn't you know that when I delivered it, Mike was in the office, raging at Dick Giordano? I told him I had to re-do the whole job and expected him to be teed off at me, but he wasn't. He was really teed off at Dick Giordano for not giving him more work. He called about 6 months later from California asking if I had any work for him. Imagine the great Mike Sekowsky calling me for work. At the time I was working on the Flash Gordon strip, but it wasn't mine and I didn't have the authority to give him work and the editors didn't want to take a chance on him. It was sad. I liked Mike very much, but the drinking was really starting to hurt him. 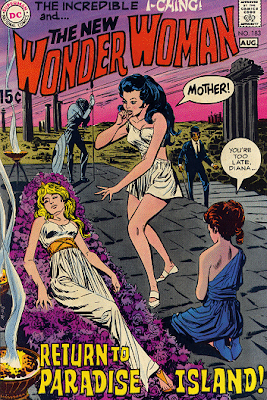 Posted by Greenblatt the Great! at 9:28 PM