Much strength to an original: GENE COLAN 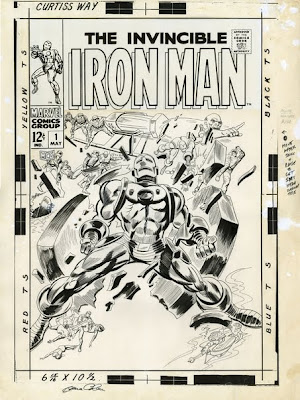 Sad to say, GENE COLAN has suffered a serious set back.

I've only met the legendary Gene the Dean once (over the phone for a BACK ISSUE interview for my SON OF SATAN article in #21) but of course I'm a major fan of his atmospheric work, which goes back to the first comic book I ever read, MARVEL DOUBLE FEATURE #10. It featured a Stan Lee/Gene Colan IRON MAN story, and I remember thinking WTF?

Kind of like the first time you see Darth Vader in the original STAR WARS...Is this guy man? Or machine? Both? Or neither?

Sleek and powerful, there is no Iron Man that can surpass Colan's....not even Heck or Ditko. The pathos, the bathos, the epic, larger-than-life feel of titans walking among us on Earth... Colan brought a modernity and futureshock/sci-fi quality to Iron Man that the character never had before him and hasn't truly had since (at least not in a way that makes him look like a piece of plastic). The Colan Iron Man is definitely my favorite.

The sick thing is that Iron Man isn't even a character that Colan is particularly known for (even though he drew the cover of IRON MAN # 1). THAT'S how talented the guy is. 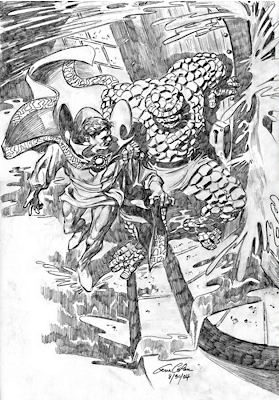 But even if you rather see Colan draw Blade or Dracula or Daredevil... 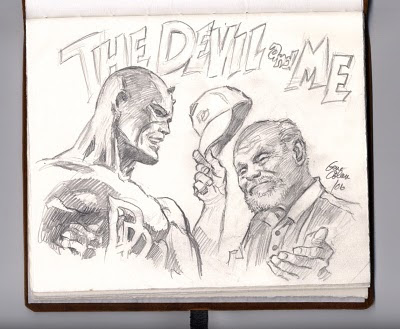 ...or Captain America or Howard the Duck....you probably have a favorite Colan character. He is also the artist behind Brother Voodoo.... 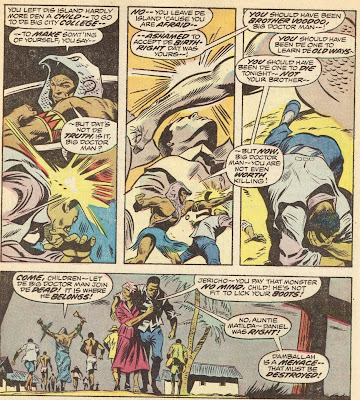 Here's to a speedy recovery, Gene the Dean! A little Jericho Drumm voodoo your way to get you back on your feet! 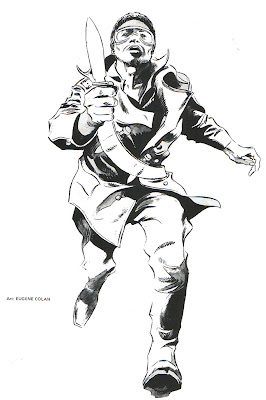