Don Newton: No Stranger to Phantom 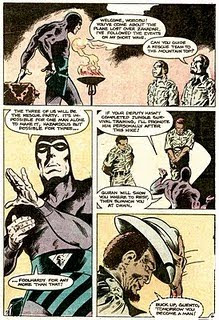 Don Newton was one of the premiere artists on THE PHANTOM about 30 years ago. Here's a page he did.

I was vaguely aware of Newton's work, through some late-career work he did for DC, and I'm not even sure if I'm a fan right now, but BACK ISSUE magazine's article in # 19 on the artist was quite fascinating, and the guy definitely is talented and he has some kind of mystique...... 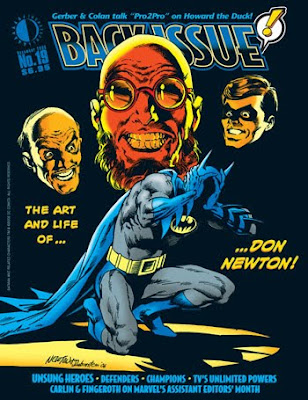 .......As does The Phantom. It's a character I always wanted to like more than I do. It's one of those characters that has lots of promise but the execution is never quite there once you get past the lush painted covers. I think The Shadow was more successful in its various comic book configurations (except, hilariously, the Archie Comics incarnation: too bad Archie never attempted their take on The Phantom, that would've been wild, Lucy!)
Posted by Greenblatt the Great! at 10:09 PM