My Controversial Theory About the Macabre Man-Thing 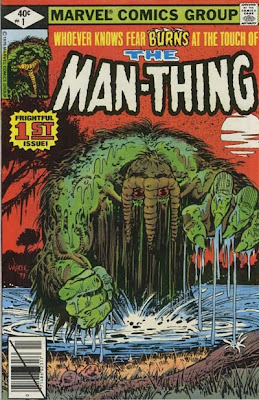 In the 1970s, a quirky writer named Steve Gerber wrote about a muck monster dubbed THE MACABRE MAN-THING. Now, this soggy creature was not altogether original to begin with. It was Marvel's answer to DC's SWAMP THING. And now, as I found out in the issue below, The Macabre Man-Thing is even less original.... 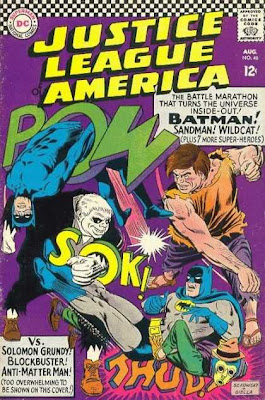 That's right, JLA #46 from the mid-60s. As attentive Flophousers know, I'm currently knee deep in reading reprints of the Gardner Fox/Mike Sekowsky JLA stories dubbed CRISIS ON MULTIPLE EARTHS from the early to mid-1960s. Well, in #46 above, writer Fox at various points refers to the villain Solomon Grundy (that hulking Frankenstein's monster you see here) variously as a "swampland savage," a "marsh monster," and, you guessed it, a "macabre man-thing"....TWICE!

Now here's the swamplicious controversial part: I don't blame Gerber for the swipe. My hunch is that the Marvel editor in chief at the time of MAN-THING's debut - Roy Thomas - purloined the "macabre Man-Thing" line.

That's him, back in the day, on the far left, partying with Barry Windsor Smith and a few fillies from Chicksville, New York. 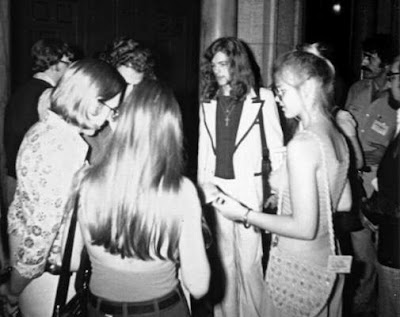 "Roy the Boy" is an avowed fan of DC superhero groups, including JLA and JSA, which he's damn-near made a career of emulating in his own works (Invaders, Infinity, Inc., Freedom Fighters, All-Star Squadron, and whatever that failed superhero group from San Francisco was called.... etc.) 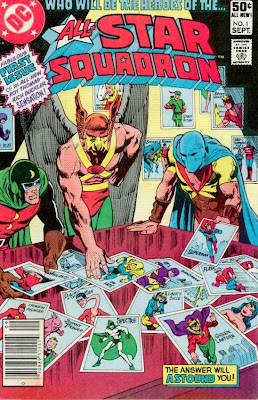 So I'm guessing Roy consciously or unconsciously lifted (or is it "paying homage?") the "macabre man-thing" moniker. 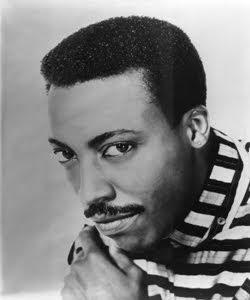 Cue Arsenio Hall soundbite: "Things that make you go 'Hmmmmm.'"
Posted by Greenblatt the Great! at 6:41 AM

Holy Moley!! This could blow the swamp-genre wide open!! Mikey, I suspect, like Deep Throat, you better go undercover, fast. You have no idea what forces you may have unleashed with this bombshell announcement!!

Makes sense though, and this is the first time anyone has ever had the moxie to go public with this....

I hate to drop a bomb on comics history like this, but I had to draw a chronological line from Solomon Grundy to Man-Thing before rival researchers -- including the Jerry Boyd Comics Research Society of South Bay, CA (and its adjoining Library) beat me to it.

Actually Mike,
THE MAN-THING and SWAMP THING came about almost simultaneously (see BACK ISSUE # 6 - I think that's the right number) just by accident.
That's why DC never sued Marvel or vice-versa. It was just one of those things.
Also, Roy created THE GLOB as a villain for the HULK back in '68 or '69, so that modern-day swamp monster predated SWAMP THING by at least a year.
And swamp monsters really go back to THE HEAP in the '40s. After that, they're ALL copies of a sort.
Still, this is a good blog.
= Jerry